» freebeat » Music » Video » When I Was Sick And Bedridden, Only Iyabo Ojo Helped Me – Vivian Metchie

When I Was Sick And Bedridden, Only Iyabo Ojo Helped Me – Vivian Metchie

Popular Yoruba actress, Iyabo Ojo, is a woman of many parts and she means different things to different people.
Many may see her as that haughty actress that is unapproachable or a no-nonsense type but to actress and producer, Vivian Metchie, the mother of two and CEO of Fespris Beauty World, is an angel in time of need.

In an emotional post on her Instagram, Vivian revealed she was bedridden for most part of 2014 as a result of an undisclosed illness. She said she asked many of her “so called” Nollywood friends for help but none came to her aid except the sprightly Iyabo Ojo.

With a picture of Iyabo Ojo, tagging her as her Woman Crush Wednesday (WCW) she wrote, “I know a few people will be shocked at seeing this. Even me, I can’t believe it. But I took a Raincheck of my life between 2014 till today. Not many of you knew that I was sick and bedridden for a good part of 2014. I reached out to a few of my so-called friends for
help.
None came through. @iyaboojofespris saw me and saw a need. I didn’t have to ask her. She came through, she called on her friends that all chipped in the little they had. Many of you might have different impressions of her.

Even she and I have had our differences. But for those who have ever met her at one point or the other, you will agree that she has lion heart and a kind soul. IY, like I used to call you, you are good people…… Thank you for that year…… Keep being who you are girl.”
In 2014 Vivian’s eleven-year old marriage crashed, living her with four kids to care for. In about the same year Vivian converted from Christianity to Islam, saying, Christianity was too confusing for her. 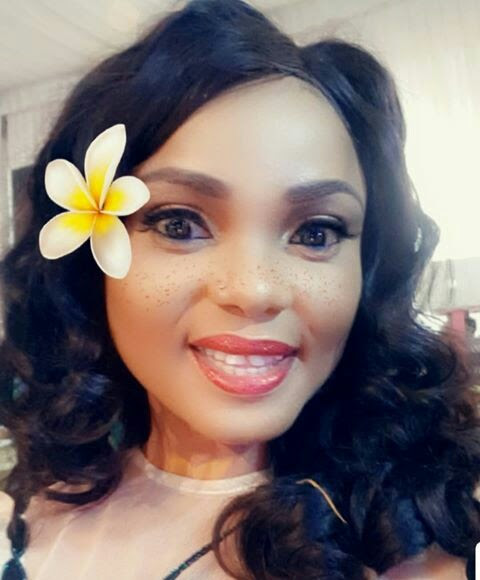 Title : When I Was Sick And Bedridden, Only Iyabo Ojo Helped Me – Vivian Metchie
Description : Popular Yoruba actress, Iyabo Ojo, is a woman of many parts and she means different things to different people. Many may see her as that hau...
Rating : 5
Related Posts: freebeat, Music, Video

0 Response to "When I Was Sick And Bedridden, Only Iyabo Ojo Helped Me – Vivian Metchie"