The United States of America on Wednesday said it is carefully watching the developments in Nigeria’s politics.

The U.S. government said it strongly believes in elections and democratic process globally including in Nigeria.

The Deputy Chief of Mission of the U.S. Embassy in Nigeria, David Youn‎g, made his government’s position known to journalists in Kaduna.

Mr Young also called for neutrality of the police and other security agencies in the country. 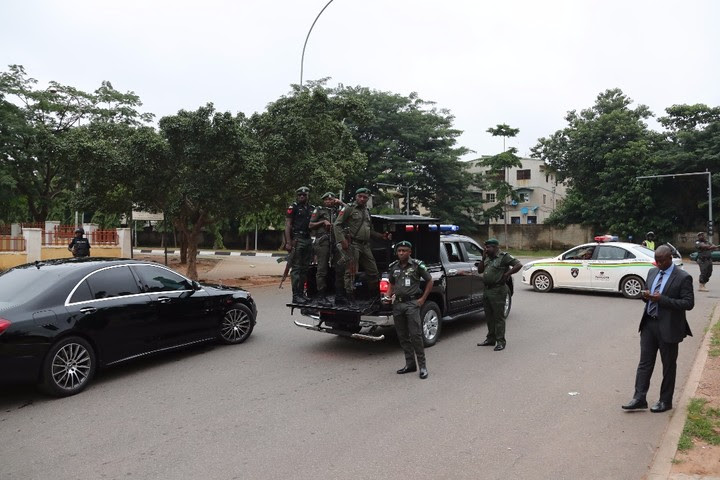 According to him, his country believes democratic process goes hand in hand with basic freedoms and fair treatment for all according to the rule of law.

‎”We are all watching very carefully the political development in Nigeria in the last two days,” he said in apparent reference to the defection of dozens of federal lawmakers from Nigeria’s ruling party, APC, on Tuesday.

There were also instances of security siege on the two presiding officers of the Senate on Tuesday, ostensibly to prevent them from presiding over the Senate on that day. Senate President Bukola Saraki eventually maneuvered his way to the Senate where he presided over the defection of 14 senators, majority to the opposition PDP. His deputy, Ike Ekweremadu could not due to the siege on his home.

“I want to reiterate very strongly the United States Government’s position about elections and democratic process. This ‎implies in Nigeria and indeed all around the world,” Mr Young said.

“In all countries, my country believes very strongly that democratic process goes hand in hand with basic freedoms and fair treatment for all according to the rule of law.

“So, importantly, matters of rule of law goes hand in hand with transparency and justice which include neutrality of police and security agencies.

“Again, United State is a partner with Nigeria and we strongly believe in the principles of free, fair, transparent and credible democratic process and elections‎ before, during and after elections,” he said.

Mr Young was on a fact finding trip to Zamfara, Plateau and Kaduna states over the ongoing security challenges in those areas.