Rivers Youths on Thursday took to the streets to protest alleged threats by operatives of the Police Special Anti-Robbery Squad (SARS) to murder the Senior Special Assistant to the Rivers State Governor on Social Media, Mr Marshal Obuzor.

PoliticsNGR gathered that the SARs Operatives last Monday around Popular Mandela Car Wash at the Old GRA, Port Harcourt, allegedly cornered Mr Marshal Obuzor, manhandled him and used machetes and rods to inflict injuries on him.

The SARs Operatives led by one Sergeant Clever Kporoko further assaulted Marshal Obuzor and left him with a ruptured ear. Medical Examinations by consultants at the University of Port Harcourt Teaching Hospital indicate that Mr Obuzor will require surgical procedures in France to correct the ruptured ear.

On Thursday, youth professionals from across Rivers State gathered at the Port Harcourt City Local Government Secretariat where they declared their displeasure with SARs Brutality and unprovoked murders across the state.

Also on Thursday, the leadership of National Youth Council of Nigeria, Rivers State Chapter condemned in strong terms, SARS illegal activities across the state. They called for immediate investigations and prosecution of erring SARs Operatives.

Addressing the protest march, Senior Special Assistant to the Rivers State Governor on Social Media, Marshal Obuzor said that all Rivers indigenes have been affected directly or indirectly by the illegal activities of SARs.

He said that the blatant nature of the SARs attack on him, showed that the police department has degenerated.

‘In Public view, they used machetes and rods to beat me and seized my phones. They repeatedly threatened to kill me. Even the Government Official who intervened was threatened with death.

“I was surprised that SARs has gotten to this stage where they don’t care that people are watching “, Marshal Obuzor said.

He said that the petition to the Rivers Police Commissioner demanded an end to SARS Brutality across the state , saying that enough is enough.

He said: “Rivers Youths under the aegis of National Youth Council of Nigeria (NYCN) Rivers State write to formally register our protest on the illegal activities of operatives of the Federal Special Anti-Robbery Squad (F-SARS) across the 23 Local Government Areas of the state.

“Many Rivers youths have been killed, maimed and dispossessed of the valued possessions by F-SARS operatives in the last six months. The frequency of these illegal acts necessitated this petition. ”

“We urge you to comprehensively intervene by investigating all complaints against F-SARS operatives in the state and prosecute erring operatives. ”

After the reform-SARs programme at the Port Harcourt City Local Government Area, Mr Obuzor, officials of National Youth Council of Nigeria and selected youth professionals walked to the Rivers State Police Command where they submitted the two petitions.

The Management of the Rivers State Police Command assured that they will investigate the issues and any SARs operative found wanting will face the wrath of the law. 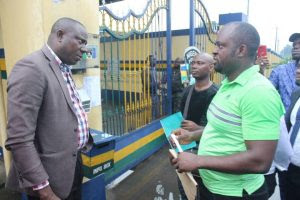 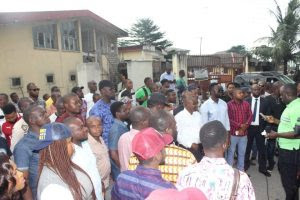 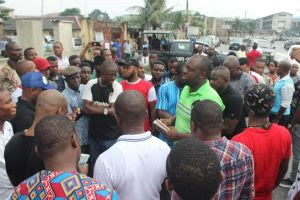 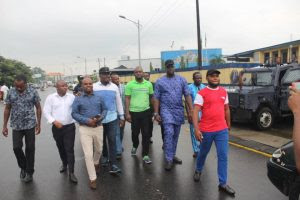