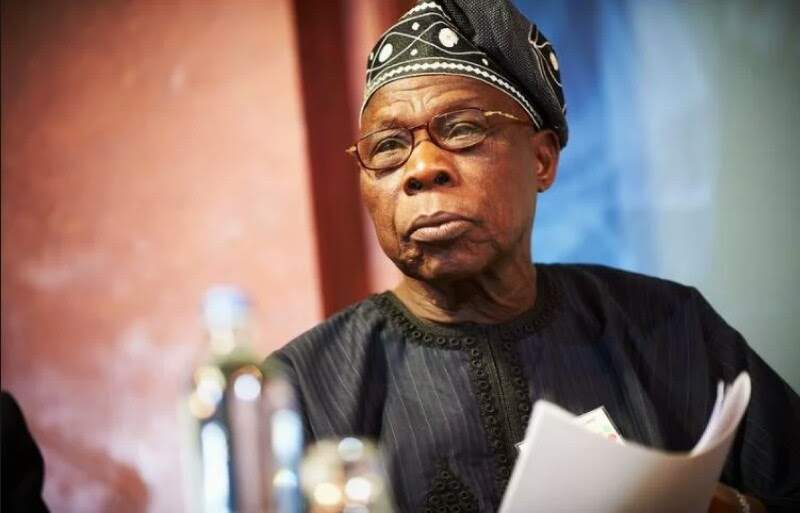 He, however, commended his administration and that of Abacha saying “Abacha, my predecessor, got $750 million. Through our lawyer in Switzerland we recovered $1.25 billion and the lawyer still said there is probably still another $1 billion to be recovered.

“In 1979 we had 20 new ships specially built for Nigeria. When I came back 20 years after, the national shipping line had liquidated.”

Reacting, some Nigerians urged the former president to stop pointing fingers as he was also guilty of failing Nigerians.

Here are some comments reactions below…

@Damasic “You forgot to mention that Obasanjo started digging this soakaway we are all in. He should not point fingers because he is also a culprit.

@Iyassimita “And are you (Obasanjo) the saint and Messiah that took Nigeria to Eldorado?

@Enny_Respect ” Obasanjo is also one of the problems we have in Nigeria, you killed the country from the one.”

@Gbengagold “In all the silliness of the last 48 hours, this has to be the funniest story of all; OBJ just can’t help himself!!

@fajosky “You did worse than this during your time, so please quit the pep talk.”

@jbmomoh “Obasanjo you are a complete disappointment.”

@abefeolowo “Big lie, You are all the same. Nigeria can never be a good country in our generation is not a curse but the truth.”

@Belloinuwa “Obasanjo is actually a lot worse than the adjectives used to describe him. That’s my opinion of him and it’s independent of his criticism of Buhari which means absolutely nothing to me because it’s OBJ doing the criticism. ”

@Osi_Suave “Every time I go to 1004 I remember how Obasanjo illegally sold off peoples homes to his cronies. Despite court orders.

So when he comes and want to play messiah I laugh at the people that fall for his scam.”

@chiefedewor “Obasanjo was a disgrace to the office he occupied. Probably our worst ever PDP President.

@saladinthegreat “Obasanjo for all his ill is the only president that reform the system; banking reform, pension reform, insurance reform, power reform, NHIS, combating corruption and crime through creation of ICPC, EFCC, due process, civil defence etc at least with OBJ u have a sense of a new start.”

0 Response to "Nigerians React To Obasanjo’s Attack On Salisu Buhari, Tinubu And Atiku"