An accusation has been made against some operatives of the Special Anti Robbery Squad (SARS) after allegedly extorting two men of N200,000. According to Mayor Chikwe who shared the news, the man were stopped by the SARS officers after boarding a cab in Imo state and were taken to the bush where they were allegedly threatened before the coughed out the huge sum.

Read the full details below as shared by Mayor Chikwe on Facebook;

Yesterday, a business friend sent me this image after I didn’t hear from him for almost a whole day which was unusual going by the standard of our business frequencies. I called him immediately to confirm what the matter was and he narrated his ordeal in the hands of F-SARS to me. Note, f-SARS is supposed to mean federal SARS but today I am choosing to interpret it as fake-SARS.

He and his friend chatted a cab from Mbaise or so, and on their way, the SARS officers stopped them and asked them to alight, probably because they were looking fresh, I wouldn’t know really.

Immediately, they instituted a case against them threatening to take them to EFCC office, safe they comply to their demands. My friend and his friend asked to be taken to the police station if that be the case, but for where,? the SARS guys refused threatening them with EFCC.

Along the line they asked them to enter the police van and drove them off into a bush in an unknown location, offloaded them and began to intimidate them. They outrightly demanded for #1.2m from my friend and his friend and threatened to waste them in that bush if they failed to comply. Out of fear, My friend bargained and dragged the price down to 200k and the SARS guys finally agreed. (This is the second person known to me SARS has extorted 200k from within the last one month).

The SARS guys took them to ATM and they withdrew from the cash and gave them at hand. The first person SARS once harassed called me asking for help to transfer 200k to the SARS guys to release him so he can continue his east bound journey from Lagos. He gave me the SARS guy’s account number and I paid directly into it. If I was that guy I will make sure those SARS guys pay with their life after extorting me in that manner.

Anyway, I asked my friend why they even obliged to pay 200k insisting it was too much. My friend told me that the bush they were taken to, they don’t even know where they were and secondly the fear emanating from similar stories he had heard in the past especially where those SARS guys even maime their victims or took some five guys to sell to one politician for 5m each, weakened him and heightened the fear in him, inducing his compliance to their outrageous demand.

The federal government must find a permanent solution to the SARS menace because more often than not, they are the Armed robbers on our high ways. 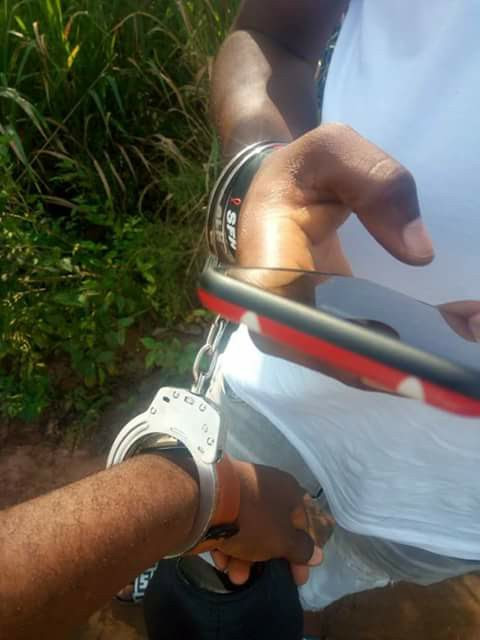 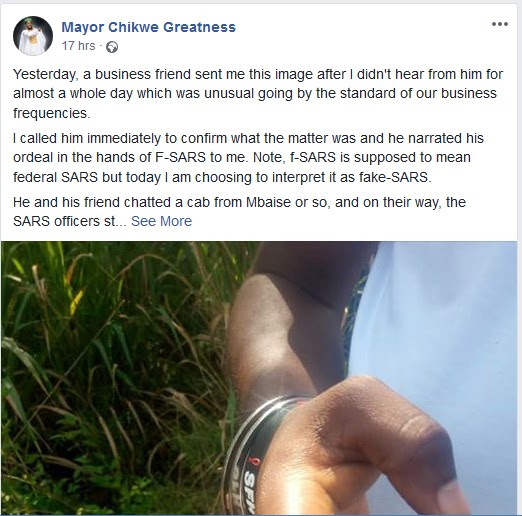 Title : Men Forced To Pay N200K After Being Taken Into The Bush By SARS In Imo (Photo)
Description : An accusation has been made against some operatives of the Special Anti Robbery Squad (SARS) after allegedly extorting two men of N200,000. ...
Rating : 5
Related Posts: freebeat, Music, News, Video