The Baroness of Dudley, who was married to Ambassador Plenipotentiary, Anthonio Dehinde Fernandez, from 2003 till his death in 2015, married her younger Rwandan lover, named Zubair Rudasingwa earlier this month in Kano.

Chief Antonio Oladeinde Fernandez was a Nigerian business magnate, diplomat and Permanent Representative of Central African Republic to the United Nations. He was considered one of the richest men in Africa.

Fernandez died on September 1, 2015 in Belgium after an undisclosed illness of several months and was buried at Ixelles Cemetery in Brussels on September 18, 2015.

Few things to know about the late Fernandez

1. The billionaire who had 6 private jets was very exceptional. When he entered a restaurant or boutique, everyone else in the restaurant/boutique must leave because he could not eat/shop with ‘commoners’. He owned a French castle in France which was once used by Napoleon Bonaparte, the Emperor Of France. This rich man with a high level of wealth had various friends in high places. 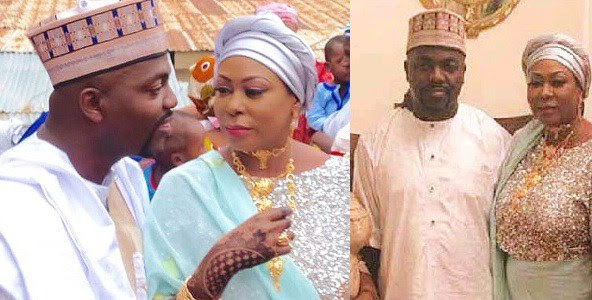 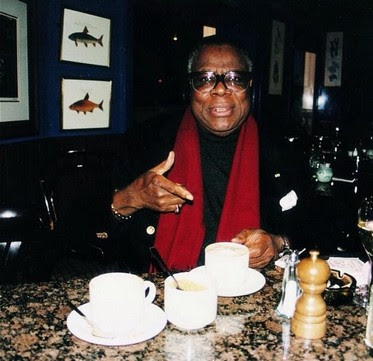 2. Oluwo Antonio Oladeinde Fernandez, was of the popular Fernandez family of Lagos. Originally, the Fernandezes were descendants of freed slaves from Brazil, where Portuguese is the official language. Some of the first modern-styled buildings in Lagos were built by the Fernandezes, and these buildings are known for their spectacular Brazilian architecture.

3. Antonio Oladehinde Fernandez was a great combination of a diplomat. Although he was a Nigerian, the multi-lingual and exceptional business man was appointed the permanent representative of Central African Republic (CAR) at the United Nations in 1997. This was before he served as the special adviser to the President of Mozambique on International Economic Matters and from 1992-1995.