Chocolate City President and rapper, M.I Abaga has claimed that US rapper, Kanye West stole his idea of releasing three albums in one month.

“Kanye stole my idea smh. Anyway.. in august three hiphop albums I executive produced are dropping and then the hiphop Convo for the year is closed. if you wanted to drop this year just wait till 2019.. election year is good for music.”

Three Kanye West-produced projects were released in quick succession in the month of June. The title of the three albums are; Ye, Kids See Ghosts and Nasir.

M.I Abaga is now claiming he had this kind of plan for the month of August, claiming Kanye copied his idea.

He went on to advise his counterparts to rethink releasing any project for the rest of the year because his projects are set to dominate the airways.

He made this big claim in a Twitter post. The rapper announced the 3 Hip-hop projects he executive produced that are set for release in the month of August.

M.I Abaga is regarded as one of the best rappers across the African continent and it is not doubt the rapper and his other crew members dominated the music scene with their chart busting songs back in those years. 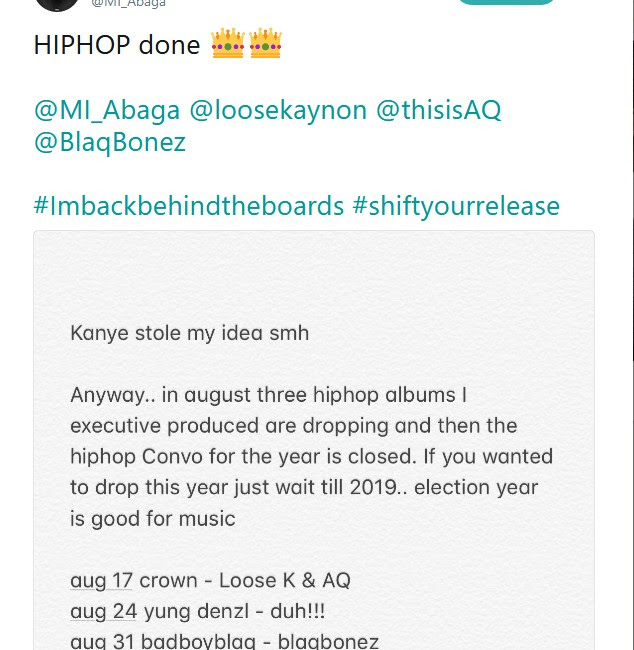