A British-Nigerian lawmaker Fiona Onasanya is to stand trial with her singer brother for allegedly lying about speeding points just a month after she was elected.

The Peterborough MP, aged 34, appeared at Westminster Magistrates’ Court charged with perverting the course of justice on July 12.

The MP, who won the key marginal seat in 2017, appeared at Westminster Magistrates Court on July 12.

The 34-year-old was charged over allegedly lying about who was behind the wheel of a speeding vehicle in two separate incidents in Cambridgeshire last year. 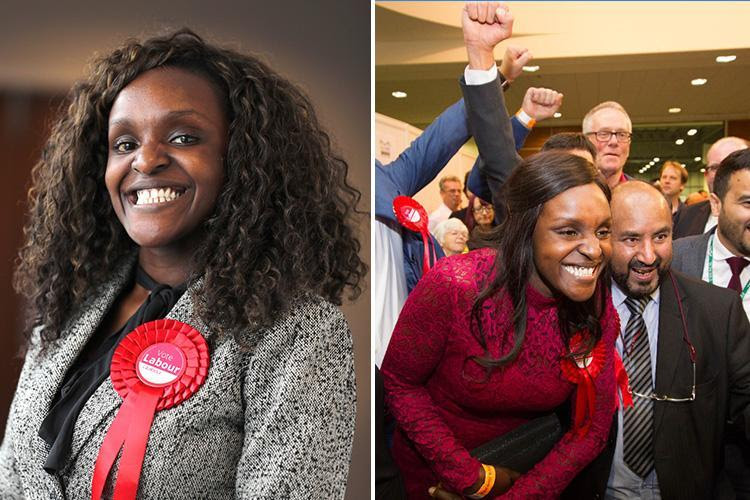 Prosecutors say Ms Onasanya conspired with her younger brother Festus to avoid penalty points, once when she was driving and once when he was behind the wheel, and passed them to a third party.

She is alleged to have been behind the wheel of a speeding vehicle on July 24 last year but together with her brother Festus Onasanya told the authorities someone else was driving.

The second similar count relates to an incident on August 23 when her brother was alleged to have been driving but she told authorities that a third party had been driving.

Festus, 33, a singer from Cambridge, also faces a third charge of perverting the course of justice.

The third charge faced by Festus alone relates to a similar offence, where he allegedly blamed a third party for a speeding offence on June 17 last year, according to the Guardian.

Court records show the CPS say that ‘together with Festus Onasanya’ she ‘falsely informed the investigating authorities that Aleks Antipow had been the driver of the said vehicle…to avoid such prosecution and punishment.’

Ms Onasanya, an ally of Labour leader Jeremy Corbyn, is due to appear at the Old Bailey on August 13 for a plea hearing.

The offence of perverting the course of justice carries a maximum penalty of life in jail.