According to the timetable and schedule of activities released by the Independent National Electoral Commission (INEC) earlier this year, the Presidential and National Assembly elections are expected to hold on February 16, 2019. 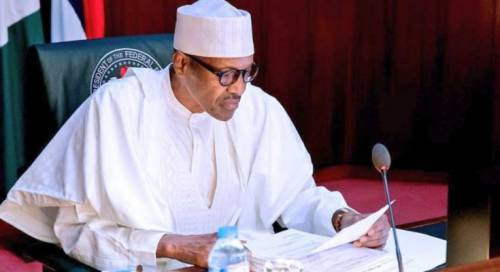 With barely 200 days to next year’s general elections, the political chessboard is replete with twists and turns, even as the number of aspirants jostling for various elective positions is increasing by the day. Checks by Daily Trust on Sunday reveal that no fewer than 46 politicians have indicated their intentions to throw their hats in the presidential ring on different political platforms to slug it out with incumbent president, Muhammadu Buhari.
According to the timetable and schedule of activities released by the Independent National Electoral Commission (INEC) earlier this year, the Presidential and National Assembly elections are expected to hold on February 16, 2019.

The PDP lost political power after ruling the country for 16 years, having produced three presidents over the period, namely: Olusegun Obasanjo, the late Umaru Musah Yar Adua and Goodluck Jonathan.
Already, President Buhari of the All Progressives Congress (APC) who upstaged the PDP-led government in 2015 has indicated his intention to seek a second term. Buhari had made his declaration after a prolonged silence on April 9 during the National Executive Committee (NEC) meeting of the APC.
The President reportedly said that having made wide consultations and conscious of the need to consolidate on his achievements in office, he had decided to stand for re-election, adding that he had been under tremendous pressure to make the declaration and felt it was courteous to first inform the NEC before going to town with it.
Earlier on March 1, the APC passed a vote of confidence in President Buhari, denying that it was not the same as endorsing the President for a second term.

The national chairman of the APC, Adams Oshiomhole, was recently reported to have endorsed the second term bid of President Buhari, saying as incumbent he had the right of first refusal of the party’s presidential ticket, but checks by Daily Trust on Sunday indicate that two others have also indicated interest in the APC’s presidential ticket in 2019.

Dr. SKC Ogbonnia, a United States-based Nigerian is one of them. On April 30, 2018 was reported to have been hosted by the Nigerian Union Diaspora, NUD, during which he declared his intention to vie for the Presidency of Nigeria on the platform of the APC.
Also, 35-year-old Adamu Garba, the Chief Executive Officer of IPI Solutions Nigeria Limited, a cloud computing company headquartered in Lagos had in April reportedly announced his interest to contest the presidential ticket of the APC.
It is believed that the Presidential ticket of the APC would be picked by the Buhari.

Among the presidential aspirants are eight from the main opposition PDP while the rest are drawn from other registered political parties. Nigeria currently has 68 registered political parties but with more applications by political associations pending before INEC, the number is likely to increase, an indication that more presidential aspirants may emerge ahead of the 2019 elections.
Prominent among those seeking presidential tickets on the platform of the PDP are a former vice president, Atiku Abubakar, who formally declared his intention recently in Yola, the Adamawa State capital.
At a rally in Yola, Adamawa State, Atiku vowed to unseat the APC government not only in Adamawa State but also at the federal level and reclaim them for the PDP.

Also seeking the PDP presidential ticket for 2019 is Kabiru Tanimu Turaki, a former minister of Special Duties during president Goodluck Jonathan as well as Funmilayo Adesanya-Davies, a female Professor of Language and Communication Arts at the Rivers State University of Education. Adesanya-Davies officially joined politics as an ardent member of the ACCORD Party in Kwara State where she remained for years, until she moved to the PDP.
Other presidential aspirants outside the two major political parties include Professor Remi Sonaiya, a 2015 presidential candidate of the KOWA Party, who hopes to take another shot at the presidential election on the platform of the same party and Fela Durotoye, a consulting expert, leadership coach and public speaker and Tunde Fasua of Abundant Nigeria Renewal Party (ANRP).
Some of the aspirants are yet to indicate the party on which platform they want to contest. List of presidential aspirants boxed.
2019 Presidential Hopefuls

0 Response to "7 Months To Elections: Number Of Presidential Aspirants Hits 46​"