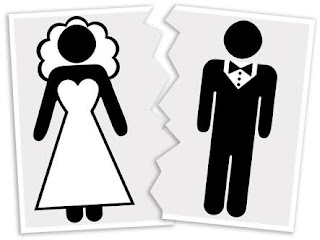 Justice Jude Okeke of the FCT high court Maitama, has dissolved the six-year marriage between Godwin Ometu and his wife, Joyce, on grounds of lesbianism and adultery. In his judgement, the judge said Mr Ometu had proven the allegations against his wife and the court was satisfied with the proof. He said:

“As the petitioner’s evidence is admitted by the respondent, admitted evidence needs no proof.

“The court is satisfied with the evidence of the petitioner, which is reasonable and based on the intolerable behaviour of the respondent, founded on lesbianism and adultery.”

Based on the evidence presented to the court, the couple were married on October 12, 2012, at Jos North Marriage Registry, and on October 28, 2013. The couple both lived in Abuja until Joyce moved to Jos. The union produced a set of twins. It was reported that Ometu had cautioned Joyce several times about her behaviour but she was unrepentant and replied with abuses. She allegedly said:  “If you don’t like what I am doing, I will quit the marriage and live my life the way I want it."

On one occasion, Ometu visited Joyce in Jos to deliver some food items, money and other things for the upkeep of the children but he did not meet her at home.
When he called her to ascertain her whereabouts she replied rudely saying; ‘If you like, you can keep those things at the gate with the gate keeper and go back to Abuja.

‘I am in a friend’s house and I have decided to sleep over there and nothing can make me come back to welcome you.’

On a different visit, he was made to sleep in a hotel and was prevented from seeing his children.

Joyce told him that she had a visitor and would not have him and the visitor in the house at the same time.

The judge said no reasonable man would be expected to put up with such a woman. He said: “In the light of the foregoing, the court resolved the whole issue raised above in favour of the petitioner against the respondent. It is declared that the marriage between the petitioner and the respondent contracted on October 12, 2012, at Jos North Marriage Registry, had broken down irretrievably as a reason of intolerable behaviour on the part of the respondent.’’

He ordered that the children remain in their mother's custody, while their father would have unhindered access to them at all reasonable hours of the day."

0 Response to "Uh uh! Court grants husband divorce from wife of six years on grounds of lesbianism and adultery"