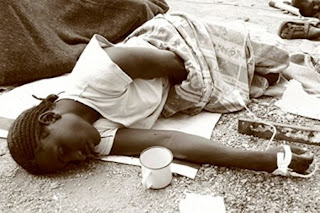 Two children have been confirmed dead and 82 others hospitalised following an outbreak of diarrhoea with vomiting in Jema’a Local Government Area of Kaduna State. Incidences of the outbreak were recorded in Kafanchan and neighbouring villages of Katsit, Takau and Katsak.

This was confirmed by the Disease Control Officer at the local government, Abdullmumin Bala who said that the affected children, ages one to five, were receiving treatment in different health facilities in the area. Reacting to the outbreak, Local Council Administrator, Yusuf Mu’azu, said the health department has taken rapid control measures to arrest the situation.

He expressed satisfaction that the situation has been brought under control and urged people not to panic. The Director of Health in the local council, Mrs. Sarah Dadai, said the 82 children admitted at Kafanchan Primary Healthcare Centre have been treated and discharged.

She said: “This followed prompt intervention measures put in place by authorities of Jema’a local government and the Kaduna State Ministry of Health to arrest the situation.
“Additional drugs have been dispatched to the health facility where the affected children were admitted to forestall further cases."