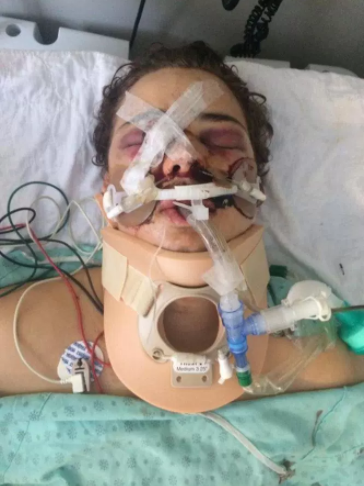 A teenager is in a coma after getting shot by a police officer in front of his mum in the Maniwaki courthouse.

The shooting was caught on video and has shocked people all over the world. In it, Steven Bertrand, 18, is seen in a violent tussle with a court constable in Canada. The officer can be seen holding the boy in a headlock and attempting to subdue him but the teenager continued to resist and he was shot in the head. 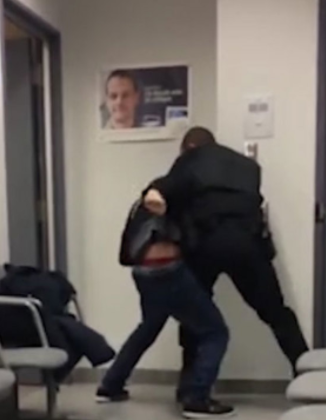 Steven Bertrand was at Maniwaki courthouse, in Quebec, on Wednesday for a sentencing hearing, when he reportedly got into an argument with the special constable. His cousin, Christopher Lacaille, who filmed the incident, said Bertrand had wanted to pop out for a cigarette but the guards refused and the teenager became "violent and aggressive".

The 18-year-old was surrounded by half at least 5 court constables as he continued to struggle. He was then pushed into a nearby room, where the camera couldn't pick what was going on but from the sound coming out of there, it was clear the tussle continued. His mum stood by the door watching in horror and speaking in French. Suddenly she began shouting and Lacaille ran to the entrance of the room with his camera and that was when a constable shot Bertrand. 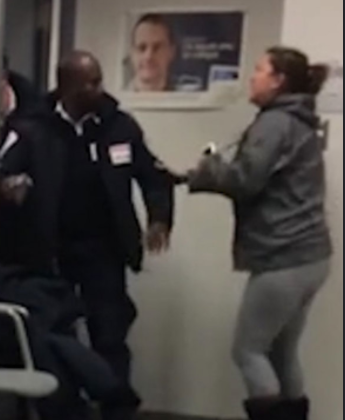 At this point, the images in the video became distorted but screams and cries can be heard from the teenager's mother and cousin as the boy lay bleeding.

Bureau of Independent Investigation (EIB) officers, who are investigating the shooting, say the 18-year-old had managed to seize the special constable's telescopic baton and hit him on the head. The constable had then taken out his gun and shot the teen in the head, it was reported. 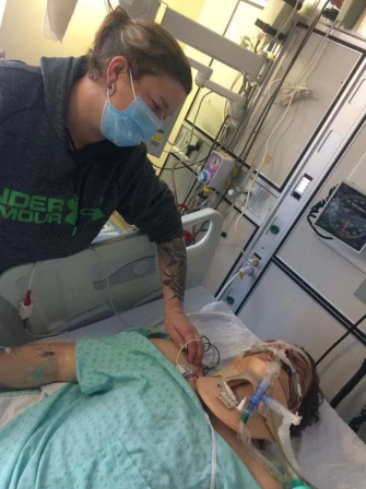 Bertrand was taken to hospital where he is said to be in a stable condition. His family say the bullet narrowly missed his eye and brain and he is expected to recover.

Lacaille told Le Soleil about the experience, saying: "It's not an experience to live. I cannot stop thinking about that."

Lacaille wrote, in French, on Facebook: ''Steven is fine he was touched close to the eye. The bullet has ricocheted up to the neck, but it is fine. He will get by. No problem to the brain, everything is beautiful! Thank god." 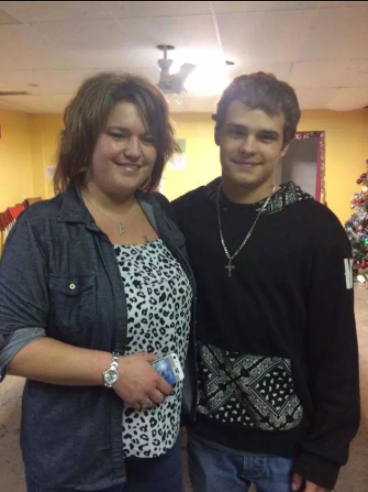 The constable who was hit in the head with the baton is also in a stable condition, according to the EIB.

Watch the shocking video below.