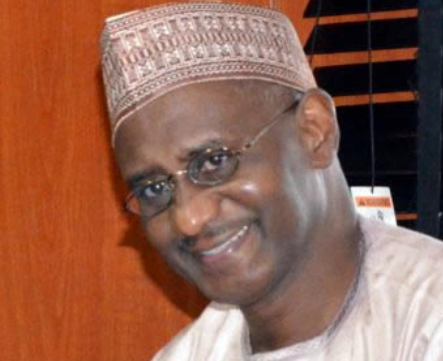 President Buhari has reinstated the suspended Executive Secretary of the National Health Insurance Scheme, Usman Yusuf. Mr. Yusuf was suspended by the Minister of Health, Isaac Adewole, in June 2017, following allegations of gross misconduct and corruption to the tune of N919m.

A panel of inquiry set up by the Minister found the suspended NHIS boss guilty of nepotism, theft of public funds and gross misconduct. Despite his indictment, President Buhari yesterday approved his reinstatement.

Yusuf's letter of reinstatement which was signed by the Chief of Staff to the President, Abba Kyari, nformed the minister of Yusuf’s recall, adding that he (Yusuf) had been “admonished to work harmoniously with the minister.”

Confirming the reinstatement, the Minister did not elaborate on when Mr. Yusuf would resume or under which terms.

“It is true that the president has reinstated him,” Mr. Adewole said.

Mr. Yusuf, 54, took over NHIS on July 29, 2016. He was accused of working with other members of staff of the agency to milk it of millions of Naira. Using a scammed staff training programme, Yusuf is alleged to have embezzled N919m from the agency. Punch reports that investigations showed that during his staff training exercises, the number of trainings signed up for the training were more than the entire staff of the scheme. When EFCC reportedly called to ask him about the allegations, he replied ''“F*ck you, and f*ck the minister.”

Incidentally, he was being interrogate yesterday when his letter of reinstatement was sent to the Minister of Health.