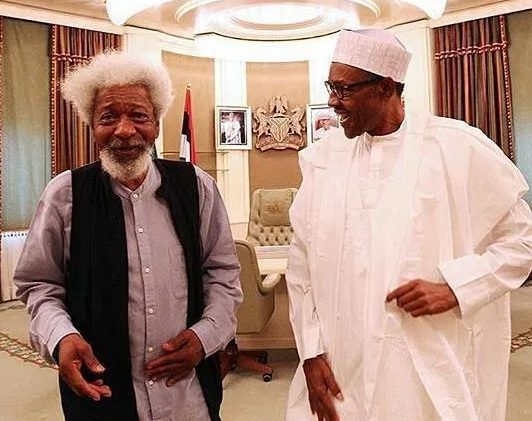 The Presidency has reacted to comments made by Professor Wole Soyinka in which he called on Nigerians to defend themselves in the heat of prevailing security challenges.

Speaking about the call during his appearance on Politics Today, the Special Adviser to the President on Media and Publicity, Mr Femi Adesina, noted that the Federal Government would review the suggestion from the Nobel Laureate.

“What Professor Soyinka has said can just be one of the proffered solutions which will be looked out. I have spoken about the nine governors’ committee headed by Professor (Yemi) Osinbajo who is the Vice President of the country” he said.

Soyinka told journalists in Lagos that the phenomenon of herdsmen and farmers clashes was not new, but an issue that has graduated to an alarming state in the last eight years.

According to Femi Adesina, the issue of herdsmen and farmers crisis is a national emergency that “determines to be interrogated from different sides. There is a security apparatus in the country which is working to secure the country,” Adesina insisted.  “Yes, there are challenges, but that apparatus is rising to those challenges. I would not agree with you that it is failing.”

The administration of President Muhammadu Buhari has come under severe criticisms in recent times over Nigeria’s security among other issues.

Title : Presidency reacts to Wole Soyinkaâ€™s comments about President Buhari being in a 'trance'
Description : The Presidency has reacted to comments made by Professor Wole Soyinka in which he called on Nigerians to defend themselves in the heat of p...
Rating : 5
Related Posts: Entertainment, News