» Entertainment » News » Police reveal mugshot of Florida shooter as it emerges he was expelled for 'fighting over ex-girlfriend', had 'abused her'

Police reveal mugshot of Florida shooter as it emerges he was expelled for 'fighting over ex-girlfriend', had 'abused her' 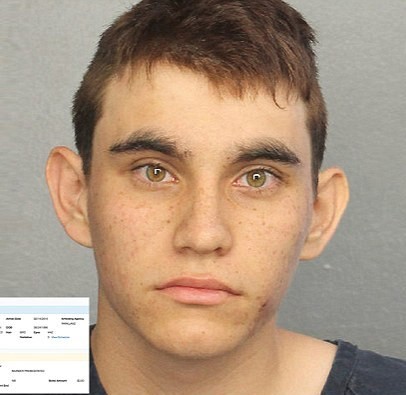 The teenager who killed 17 people at a Florida high school was expelled after a fight with his ex-girlfriend's new boyfriend. The gunman had also been abusive to his girlfriend, one student said, while a teacher said the teenager once became obsessed with a girl to the point of 'stalking her'.

Cruz's Instagram is filled with disturbing posts of what appears to be himself with his face covered showing off a terrifying arsenal of weapons. A pupil who says he knew Cruz, claimed he liked to kill animals and was also racist.

It comes as an attorney for the family Cruz lived with said he already owned his AR-15 before he moved in with them and had bought it legally.

He is believed to have set off the fire alarms to draw people out into the halls before he opened fire - and then managed to evade police by pretending to be one of the terrified students running for cover.

The shooting went on for over an hour after Nikolas Cruz, 19, stormed Marjory Stoneman Douglas High School in Parkland on Wednesday afternoon armed with an assault rifle. He was later arrested and was checked out at a hospital after his arrest (below in a hospital gown). He is now being held at a secure location in a public building. 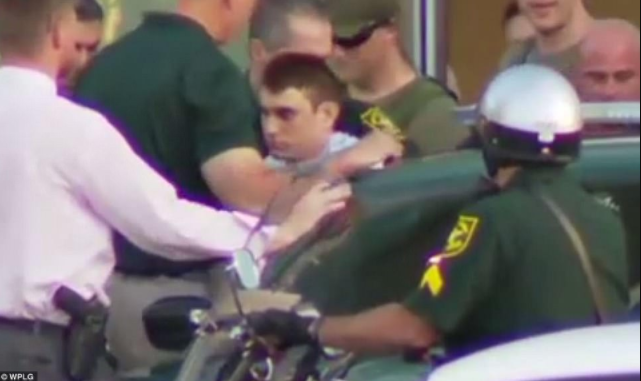 Broward Sheriff Scott Israel said Cruz was a former student at the school but had been expelled for unknown "disciplinary reasons" last year. He was armed with at least one AR-15 rifle, had "multiple magazines" and smoke grenades when he stormed the school wearing a gas mask and killed 17 students and staff.

Investigators are now looking into whether Cruz may have pulled the fire alarm to draw people into halls so he could get a higher death toll. 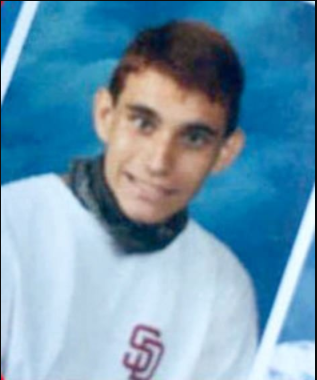 After the shooting, authorities quickly started dissecting the shooter's social media accounts in a bid to piece together a motive for the deadly shooting. Sheriff Israel reported that some of the things the shooter had been posting were "very disturbing". 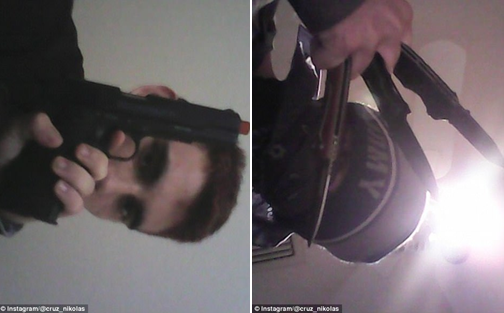 Students who know Cruz said that once they heard reports of a mass shooting at the school they knew it would be him. One teacher said he had been identified as a potential threat to his classmates last year.

Matthew Walker, a 17-year-old student at the school, told WFOR-TV that all his classmates "knew it was going to be him."

He said: "A lot of people were saying it was going to be him. A lot of kids threw jokes around saying that he was going to be the one to shoot up the school. It turns out that everyone predicted it. That's crazy.

"He was going class to class just shooting at random kids. Everything he posts (on social media) is about weapons. It's sick."

Math teacher Jim Gard, who taught Cruz last year, told the Miami Herald: "We were told last year that he wasn't allowed on campus with a backpack on him. There were problems with him last year threatening students and I guess he was asked to leave campus."

Another student took to social media claiming Cruz had mental health issues that were "ignored by all the adults".

The student added: "He literally had an Instagram where he posted pictures of animals he killed gruesomely and he physically assaulted one of my friends once." 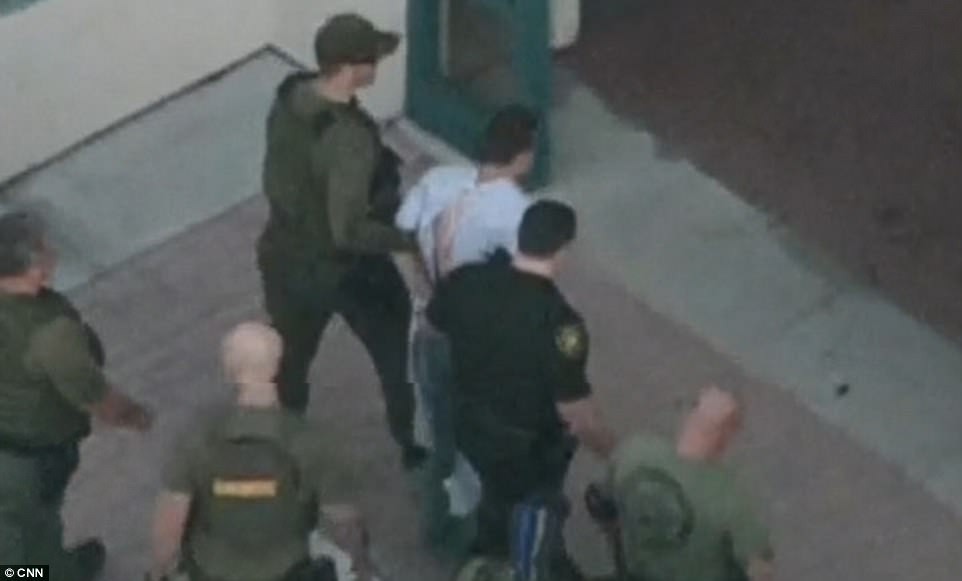 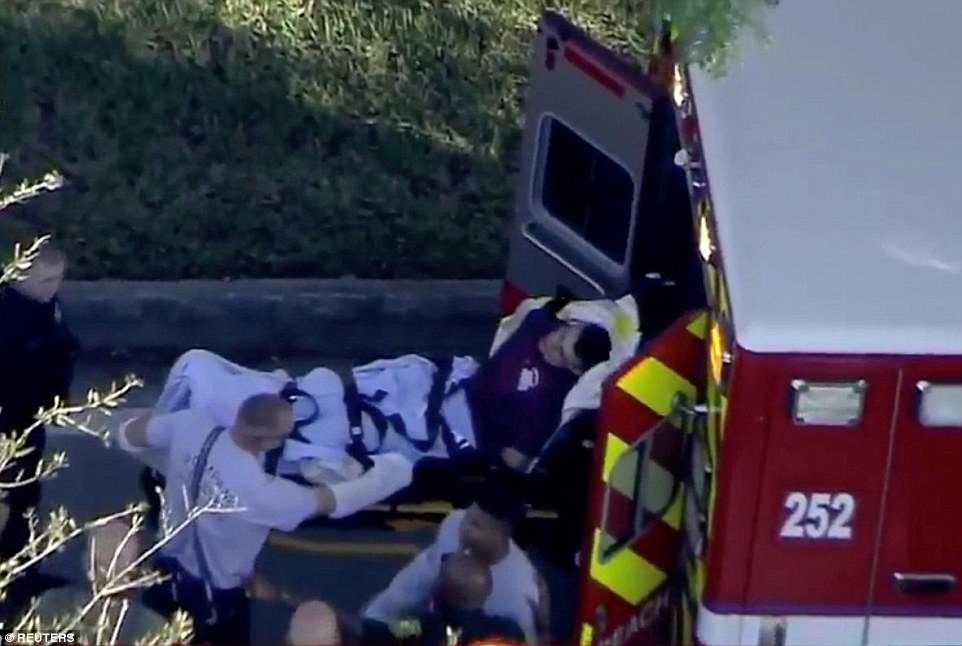 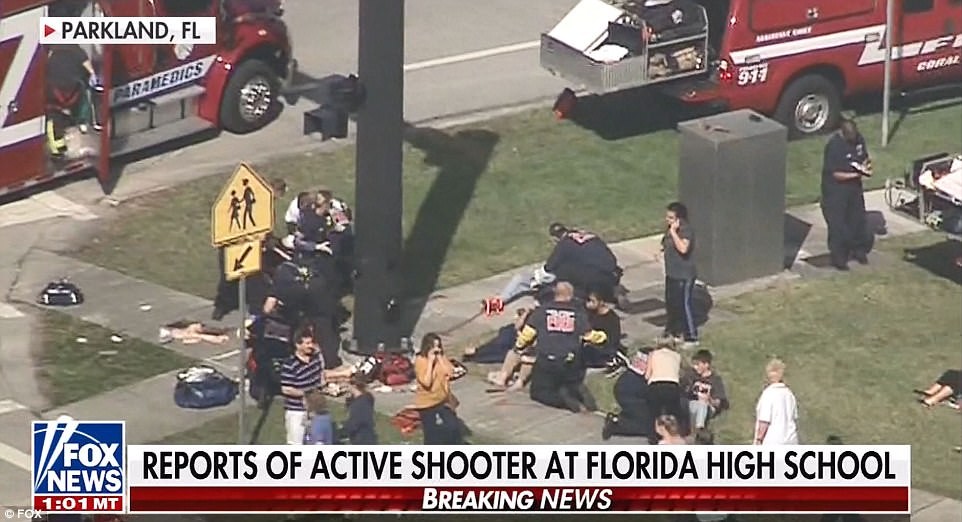 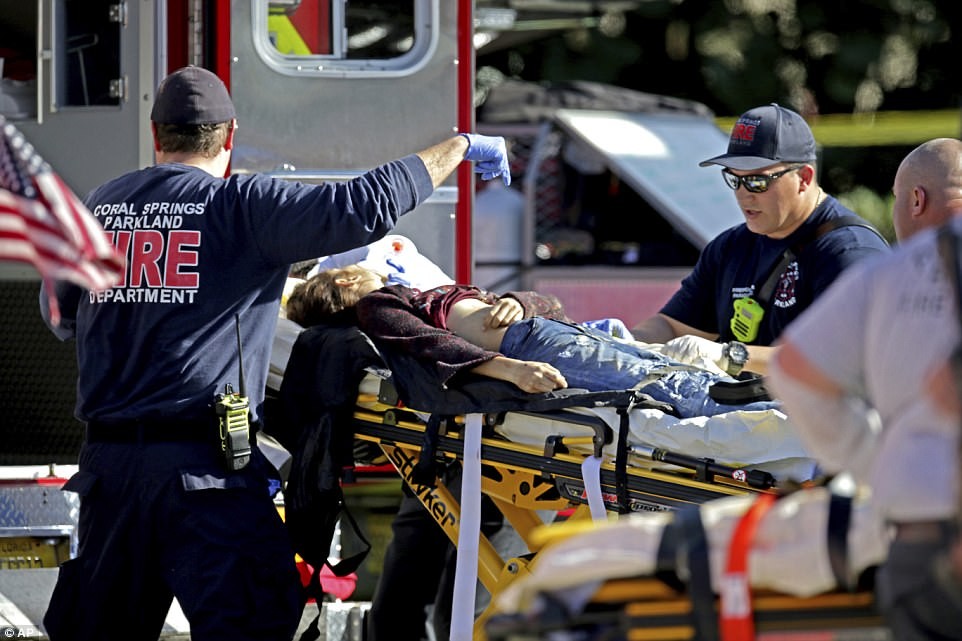 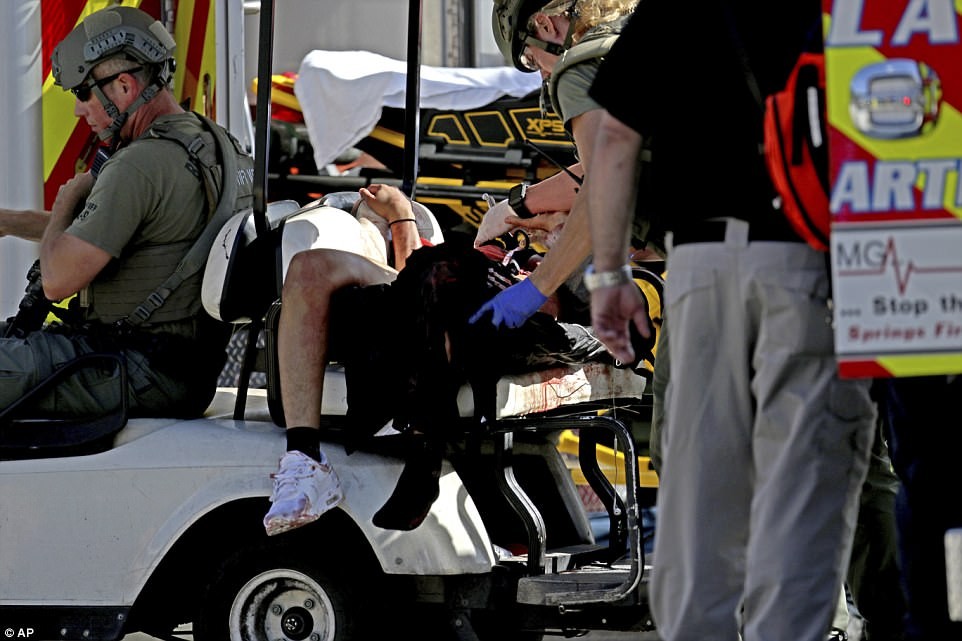 Title : Police reveal mugshot of Florida shooter as it emerges he was expelled for 'fighting over ex-girlfriend', had 'abused her'
Description : The teenager who killed 17 people at a Florida high school was expelled after a fight with his ex-girlfriend's new boyfriend. The gunma...
Rating : 5
Related Posts: Entertainment, News

0 Response to "Police reveal mugshot of Florida shooter as it emerges he was expelled for 'fighting over ex-girlfriend', had 'abused her'"