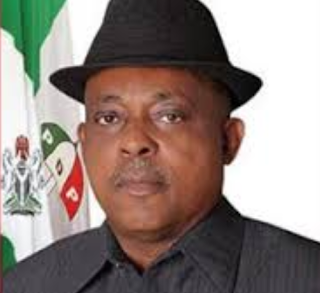 PDP chairman, Uche Secondus has revealed that the party is confident of its chances in 2019 and it is not threatened by Obasanjo's coalition. Secondus who was speaking ahead of the party's National Working Committee meeting noted that Nigerians were disappointed with the failure of the President Muhammadu Buhari-led administration, adding that voters were prepared to massively vote out the APC government in the 2019 elections. He also said PDP has done away with the problems which cost it the presidency in 2015. He said,

“We vowed not to repeat the order of imposition, and we have reassured our leadership and our people that we will devolve power down to the states so that they can take responsibilities and make sure that whatever names that are submitted would not be changed.
“I believe that they would soon come back, those who have left, and there is fear in the country, and very soon, you will see political tsunami that even the members of the ruling party would be coming en-mass to the PDP.
“The new coalition will never be a threat because we are a solid political party founded by our founding fathers. We are solid on the ground, and I believe that they are a threat to the other parties and not our party.
“The Buhari administration is a colossal failure, and the entire country is aware of this.”