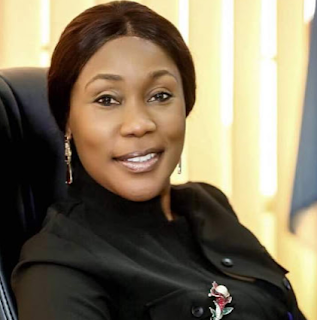 Read the press release by NAPTIP below..

The attention of the National Agency for the Prohibition of Trafficking in Persons (NAPTIP) has be drawn to media reports that the Agency has employed / hired Witch Doctors (Juju Priests) in the fight against human trafficking in Nigeria.

The reports quoted the Director-General, Dame Julie Okah-Donli as saying that on Monday in Abuja while declaring open the Symposium on Investigation and Prosecution of Human Trafficking jointly organised by NAPTIP and the Conference of Western Attorneys General Africa Alliance Partnership (CWAG-AAP).

Not only were the headlines misleading, at no point did the Director-General say that the Agency has employed the services of Witch Doctors or hired them in the fight against human trafficking.

What the Director-General said was that as part of the Agency’s efforts to improve prosecution of trafficking cases in Nigeria, the Agency is engaging with all strata of society to understand their roles in the fight against human trafficking. Bearing in mind that the use of Voodoo and administration of oaths on victims is one of the control mechanisms used by human traffickers on their victims, which makes it difficult for victims to open up and assist the Agency in investigation, NAPTIP took its sensitization campaign to the Ayelala Shrines, in Edo State, where these oaths of secrecy are administered to the victims. The priests in those shrines were made to understand the implication of the oaths they administer on the victims and most of them have pledged not to work with the human traffickers any longer and have gone as far as assisting the victims renounce the oaths.

The issue of oath taking has been a fundamental challenge faced by NAPTIP over the years, especially as regards victims’ testimony, as the victims believe the oaths would kill or harm them if they cooperate with us in the course of our investigations. The Agency therefore saw the need to tackle the problem which was aimed at encouraging the victims to give their testimonies, without which NAPTIP cannot successfully prosecute the traffickers.

The Agency had in the past arrested and prosecuted some of these priests for their roles in human trafficking, and therefore could not have employed them in fighting human trafficking. However, we realised that sensitising them will be of more benefit in the fight against human trafficking and in line with NAPTIP’s prevention strategy.
NAPTIP regrets the confusion and outrage the misleading headlines have caused and assures Nigerians that we are working hard to rid the country of human trafficking.

Title : NAPTIP denies employing witch doctors to fight Human Trafficking
Description : Read the press release by NAPTIP below.. The attention of the National Agency for the Prohibition of Trafficking in Persons (NAPTIP) has b...
Rating : 5
Related Posts: Entertainment, News