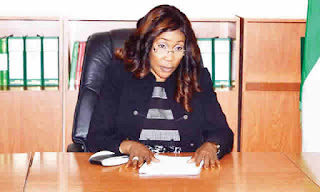 The Director General of the National Agency for the Prohibition of Trafficking in Persons, NAPTIP, Ms Julie Okah-Donli disclosed that the agency has collaborated with witch doctors in Edo state to put a stop to human trafficking. She made this known at a symposium for the agency’s officials in Abuja.

Edo State has the highest number of traffickers and victims of human trafficking in the country.

Okah-Donli said investigations revealed that some local witch doctors were involved or used in the trafficking of persons to Europe.

“When we gathered these witch doctors recently to sensitise them on what human trafficking victims go through in Europe, they were shocked.
“And they have made their commitments to work with us to fight the menace of human trafficking."

Okah-Donli said the agency will continue to partner with the witch doctors and will make them NAPTIP ambassadors.