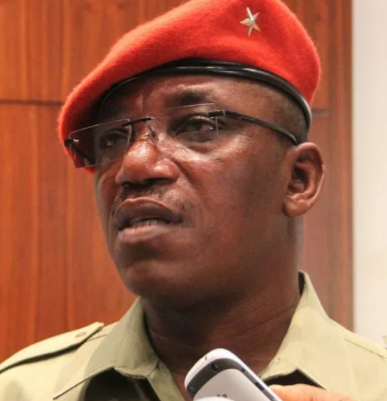 Minister of Sports and Youth Development, Solomon Dalung, has described governors that run to the state house in Abuja to complain about attacks carried out by herdsmen in their state as ‘shameless and coward’.

The Minister stated this when he spoke to newsmen in Abuja yesterday February 13th. According to the Minister, the office of a governor is not for the feeble hearted.

I shed tears when I heard a governor lamenting that his people have been attacked. If the governor should lament that way, then the people in the state should park and run away. This is a man that collects monthly subventions. He is the chief security officer of the state and a General of the Army, yet he is crying. Let me commend the people where there have been attacks and the governors are crying. They are still around. It shows that they are courageous. They deserve commendation, but it is cowardice for the governor to cry.

“To worsen it, the situation has given room to the varieties of terrorism that have been domesticated in Nigeria now. We have spiritual terrorists found in worship places responsible for instigating people with hate speeches they preach. Why would a governor, who collects billions of Naira, be running to Abuja to cry in the State House? He did not come to the  State House with the Paris Club bailout, but came alone to cry. It is shameful and I don’t want to be among the governors that will come and be crying before the President.

Despite all the monies we have been collecting, education has failed us in the Middle Belt states. There are no schools, no hospitals and no roads yet they stand on the pedestal of their non-performance to enumerate our problems. Spare me the agony of becoming a governor because I don’t want to die of high blood pressure. Most of these states have collected a lot of money yet they are so indebted that if I become governor I will be carrying building machine around'' he said

Dalung also denied allegations that he intens to run for governor of Plateau state in 2019.

“I have not made up my mind whether to contest any election in 2019, not even Councilorship let alone governorship. I don’t know where the speculations of my contesting for the governor of Plateau State is coming from'' he said

0 Response to "''Governors running to Abuja to complain about herdsmen attacks are shameless, coward'' Solomon Dalung"