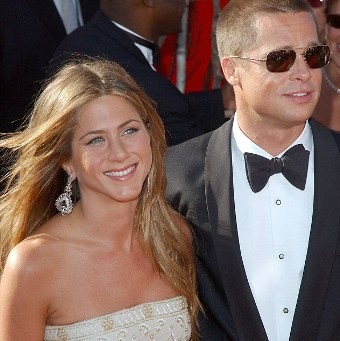 Entertainment Tonight is claiming that Brad Pitt has kept in touch with newly split Jennifer Aniston after her marriage to Justin Theroux ended.

Jen and Brad 'have each other's numbers and communicate from time to time. Jen and Brad have remained friendly. But since early this year, the exes have been exchanging text messages...

They have remained close since their 2005 split, but she has leaned on him more over the past 15 months.'

Will they get back together? You can't predict the future

They haven’t seen each other in ages. For well over a decade now they have lived totally separate lives and so not surprisingly, they have become totally different people than who they once were when they were together,'

0 Response to "Brad Pitt has reportedly gotten back intouch with his newly single ex-wife, Jennifer Aniston"