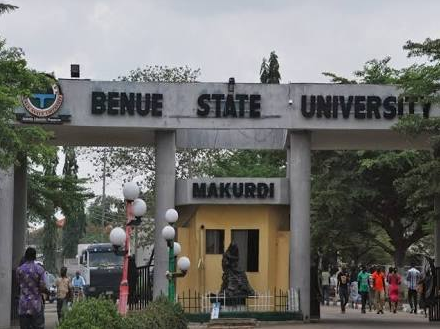 Following the massive protest by the students of the Benue State University after some of their colleagues were chased out of school over unpaid school fees, the management of the University has suspended exams and shut down the school till further notice.

According to reports, BSU Students hit the streets of Makurdi, the Benue State capital to protest their being chased out of school by the University Management because of failure to pay school fees, which they say is a consequence of non payment of the parents' salaries and pensions by the Governor.

Some of them held placards indicating that snakes had swallowed moneys meant for their fees. 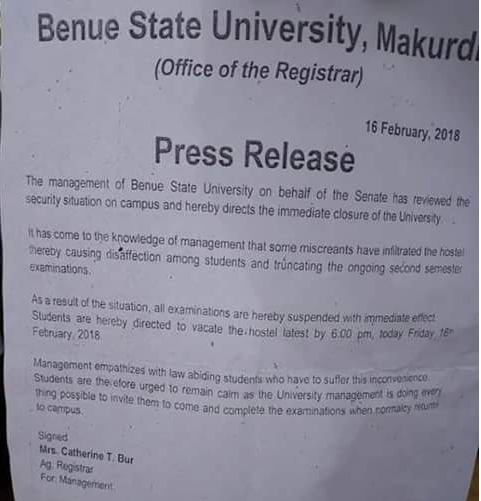 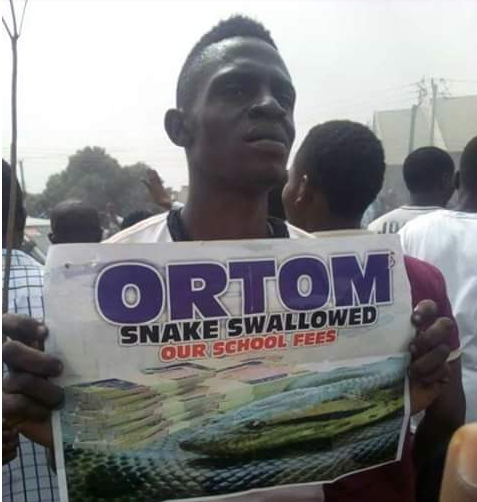 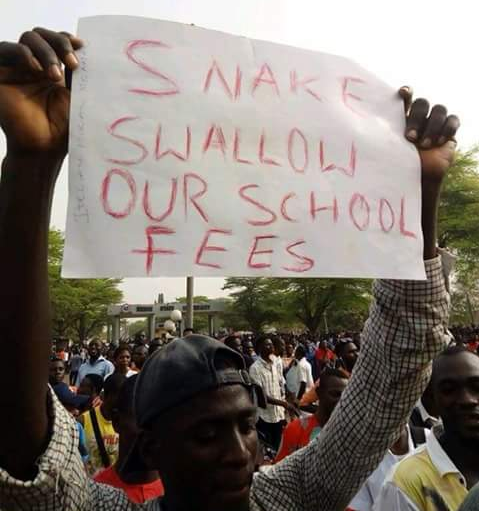 Title : Benue State University Shut Down Indefinitely after students' protest claiming 'snakes swallowed' their school fees
Description : Following the massive protest by the students of the Benue State University after some of their colleagues were chased out of school over u...
Rating : 5
Related Posts: Entertainment, News