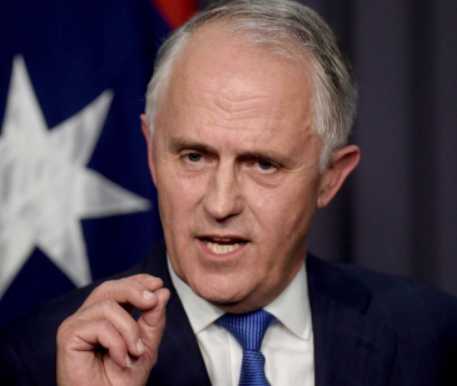 Australia's prime minister, Malcolm Turnbull imposed a formal ban on sex between ministers and their staff on Thursday after his deputy made "a shocking error of judgement" by having an affair that left an aide pregnant.

Turnbull announced the amendment to the ministerial code of conduct at an extraordinary press conference during which he slammed deputy Barnaby Joyce for causing "terrible hurt and humiliation" to his wife and four children.

"Barnaby made a shocking error of judgement in having an affair with a young woman working in his office. In doing so, he has set off a world of woe for those women and appalled all of us. Our hearts go out to them. It has been a dreadful thing for them to go through in the glare of publicity"  he said.

Joyce, 50, has been under immense pressure since his affair with former media advisory Vikki Campion, 33, who is now pregnant with their child, became public last week. It has led to allegations that he breached ministerial rules, with the crisis dominating the front pages and parliament question time, with calls mounting for him to resign.